Should I be worried about the number of house spiders in my house?

House spiders are a part of our day-to-day existence, yet few families will welcome spiders into their homes. Fear of spiders or Arachnophobia is in the top ten list of fears shared by most Americans, and now is the time you may find more spiders in your home. Spring and summer is mating season for spiders, with each egg sac containing thousands of soon to be baby spiders! So, let’s talk some truths about house spiders.

Are spiders in the house normal? 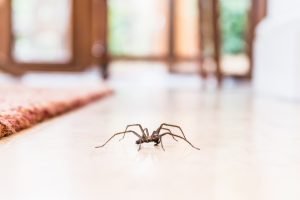 Yes, having spiders in your house is expected, assuming it is not an infestation. Spiders are drawn to moisture and dampness and are often found in dark areas of a basement or attic. Spiders indeed provide natural pest control in small numbers to eliminate disease-carrying insects such as cockroaches, fleas, and ticks.

Outdoors, spiders are incredibly advantageous to control insects and pests that harm crops, landscaping, and other plants and trees.

What types of spiders live in homes? 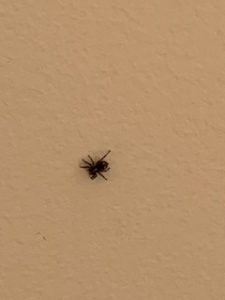 Wolf Spiders: Wolf spiders are named for their ability to run after their prey. They are furry and brown in appearance, like a wolf. They are plentiful in New York State and are known to feed on the ground or beneath plants and shrubs. Wolf spiders are nocturnal but often forage for food and hunt in the morning.

Jumping Spiders: Jumping spiders are easily identified by their overweight bodies, large eyes, and heavy legs. They get their name from their capability to jump when in search of food. They like the great outdoors, and you may see them in our around your garden, fencing or decking, and rarely inside the home.

Daddy Longlegs: These spiders are scarier than they look! They do possess a venomous sac but not harmful to humans. Daddy Longlegs are found indoors, but they prefer to live in the perimeter of your home in stacked firewood or leaf piles and lawn debris

Why do I keep finding spiders in my home?

Here is where it gets interesting. Spiders do not eat human food. Too many spiders in your house can be an indication of a more significant pest problem. An infestation of house spiders is a sign that you have an underlying pest problem, and it is providing an important food source for house spiders. 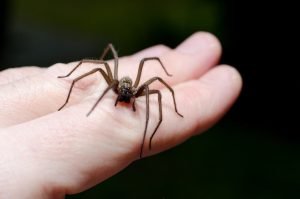 Not usually. No. Spiders are not hunting humans and would much rather avoid us at all costs. According to pestworld.org,

Species such as house spiders and cellar spiders pose no health threat to people. They don’t have very strong mouthparts, so if they tried to bite, they wouldn’t be able to pierce the skin. These spiders are simply nuisance pests, but they are much better off living and laying eggs outside.

Other species such as black widow spiders and brown recluse spiders do have the ability to pierce the skin and inject venom. Their bites cause varied reactions in people, but are very rarely fatal with proper treatment. Symptoms include localized pain, fever, and nausea. In the case of a brown recluse spider bite, there’s also a possibility for skin necrosis at the site of the bite.

Should I kill spiders in my home?

Taking a shoe or a fly swatter to a single spider is probably not necessary. Finding a significant number of spiders should be addressed, and inspection from a licensed pest control company is advised.

How do I get rid of house spiders? 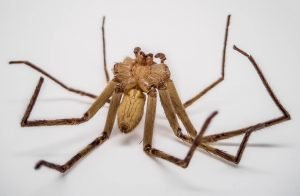 A trained technician from Accurate Pest Control will come to your home, perform an inspection of the house, discuss indoor and outdoor treatments and removal, and suggest options for continued service to prevent new infestations.

Contact us for assistance in determining the nature and seriousness of the spider infestation. If you are bitten by a spider and are unsure of the impact on your health, please seek medical attention immediately.