It is winter in New York, and the bats headed for hibernation in the late fall, early winter months. The Indiana bat is one of the nine bat species found in New York State. New York is home to six cave bats and three tree bats.

What is the Indiana Bat?

According to the New York State Department of Environmental Conservation, “The Indiana bat is one of nine bat species found in New York. All are small as mammals go, this species being roughly 2 inches (51 mm) in length and weighing approximately .2 -.3 ounce (6-9 gm). Identifying most of New York’s bats is not easy, and the Indiana bat is one of the most difficult. It can be distinguished from its closest look alike, the little brown bat (Myotis lucifugus…”

The Indian bat is an endangered species

The Indian bat is state and federally protected as an endangered species. Due to significant declines in population, they were listed as endangered in1967. Climate change, the sprawl of human development, and White-nose Syndrome (WNS) disease have significantly impacted the Indiana bat population.

White-nose Syndrome is a fatal disease affecting cave-dwelling bats. First identified near Albany, NY, in Schoharie County, this fungal disease has spread across North America, endangering the overall bat population. The fungus can incite excessive grooming from the fungus, burning the bat’s needed hibernation fat reserves, causing them to become emaciated and die.

What are bat hibernation and torpor? 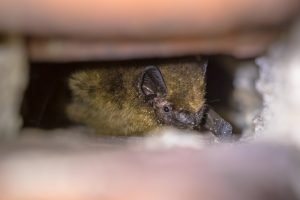 Bats hibernate in caves and mines, with one of eight state hibernacula located in Albany, NY. However, many bats find themselves in our attics or crawl spaces. The process of hibernation begins in the late fall, sometime in October.

Torpor state is a form of hibernation and a reduced state of physical and mental inactivity. Torpor is accompanied by reduced body temperature and metabolic rate. The state of existence allows the bats to exist without food for a period of time. Torpor is often described when discussing bat ‘hibernation’ because torpor can be turned on and off daily to save energy. Torpor allows the bat to awaken and feed, then return to an inactive state. That is why we find them in our living spaces!

Bats hibernate in dark, out-of-the-way places such as caves and mines but can also be found right under our noses. Old sheds and empty buildings are a welcome resting place. Dead trees, barns, and covered structures can satisfy the bat’s need for a dark place…but perhaps it is not too warm?

Attics and crawlspaces offer a warm and cozy place to hang out for a few months. Bats can briefly awaken in search of food, which is why we often find them in our homes during the colder fall and winter months. A bat can enter your living space simply when an attic door is left open.

Are bats dangerous to my family and pets? 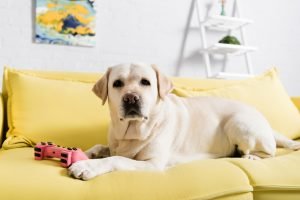 It does not appear that White-nose Syndrome is transmissible from bats to people. This fungus needs cold temperatures to survive, and no human infections have been documented. However, a small percentage of bats are infected with rabies that may impact humans should there be contact with an infected bat.

Bat guano is toxic to humans and looks like mouse droppings, only darker, larger, and produces a horrible odor. It stains walls creating unsanitary and dangerous conditions. If not addressed, guano accumulations afford microorganisms such as histoplasmosis (lung disease) the ability to grow and fester. The infection can spread thru inhalation into the lungs from the roosts present in your walls, attic, barn, or crawlspaces. Large amounts of guano that accumulate can fall in between walls and ceilings. It will be visible to the homeowner.

How do I get rid of bats in my house? 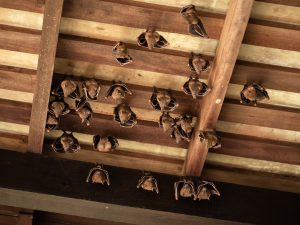 Within the last twelve months, most homeowners have experienced a bat in their home and have contacted a pest control professional. Prevention is critical. Bats are creatures of habit and may return to your home year after year to roost with their puppies.

First, we need to perform an inspection to see how they are getting into your home. They can enter via a one-inch gap in siding, roofing, vents, and soffits. Often brown droppings are indicating an entry point.

The technicians at Accurate Pest Control will evaluate the structure and locate areas where bats have gained entry. Exclusion Services from AccuShield provides a comprehensive evaluation of the structure, and the results are reviewed with the homeowner or business owner. A complete course of action is determined and executed. We do not trap bats unless they are physically flying around your living space. It is recommended to get them evaluated for rabies if found in living areas.

Removal and cleanup of bat infestation by a professional will return your home to a safe and clean environment for your family and pets.

← What is a house mouse? Do I need a pest inspection before buying a house? →