Moles are not blind, and other fun facts

Like most homeowners, the thought of a mole invokes images of large, aggressive, digging creatures leaving tracks all over your manicured lawn. As a pest control company, we receive calls for mole removal and the homeowner is surprised by what we tell them about moles.

Moles are small mammals living all over the world except Antarctica and South America. These creatures live a very solitary life, totally underground, and only interact with each other when mating. 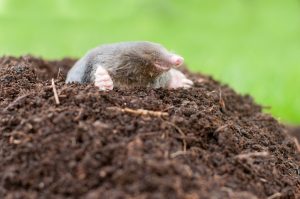 Mole and it’s hole in a garden

“Daily Life: Moles are active by day and by night, almost continuously digging their tunnels and searching for food. They are active for about four hours at a time and then rest for a similar length of time. A mole will die of starvation if it does not eat every few hours.” (ypte.org.uk)

Lawn care and treatment companies annually contact homeowners to treat their laws to keep the lawn healthy whereby mitigating insect and grub life. As a result, if insects, grubs, and other lawn damaging bugs are removed, that leaves worms and other insects for the moles. That makes moles happy.

Moles are typically small and love to burrow. When they dig their tunnels, the dirt from the digging creates a molehill near the opening of the tunnel. See a molehill? Then a mole or community of moles are living nearby. You will rarely see them above ground. Moles live their lives underground. They have their young in the tunnels and forage for inspects and food in the tunnels. Landscapers and lawn services consider moles to be pests because they can damage lawns and gardens with these extensive tunnels. Yet, moles are important in aerating the soil and protecting gardens (roots) from damaging and harmful insects. 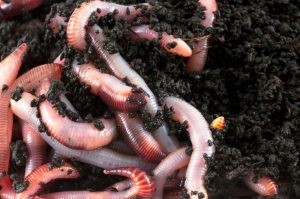 Often the mole tunnels allow water and dampness/moss to pool around a home’s foundation. This damp environment can lead to other insects and pests who love the wetness and sometimes damp wood.

As mole tunnels overtake your property, extensive damage can be made to your sidewalks, driveway, and other pathways especially near pools and pool decks. Moles will rarely enter a structure lessening the chance of human interaction.

How do I get rid of moles?

Moles are wildlife and need to be treated as such by professionals. So many mole removal theories exist about putting Juicy Fruit gum, mothballs and even gasoline into the tunnels. Weekly and monthly services are provided for mole/vole maintenance. Mole/vole baiting, and trapping is done throughout the warmer months to keep mole populations maintained.

If you think you have a mole issue, contact our office to request a free inspection. We are available 24/7 to manage all types of pest control and nuisance wildlife calls. 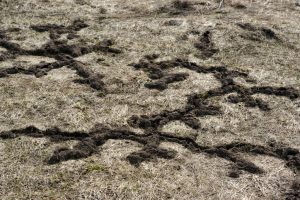 Mole tunnels on the ground seen in early spring