Fun Facts About Bumblebees and Honeybees

Bumblebees and honeybees play a significant role in pollination and our overall ecosystem. Humans cannot live without bees. While we fear bees, we often forget the role they play in the foods we eat and the beauty of the gardens that surround us.

Are honeybees the same as bumblebees? 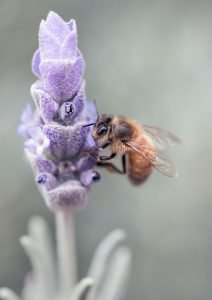 These bees are in good company with just about 20,000 other known types of bees. Here are some fun facts:

Where do these bees live? 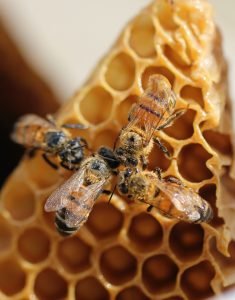 Are bumblebees and honeybees endangered?

According to the Cornell Cooperative Extension, “Nearly 75% of all crops around the world are at least partially dependent on pollinators. Some of the crops that are highly dependent on pollination include fruits, nuts, avocados, melons, pumpkins, cocoa beans, coffee, soybeans, and palm oil. In fact, the USDA states that honeybees and other native pollinators are responsible for one in every three bites of food that we eat, and it is estimated that pollination helps increase our nation’s crop value by 15 billion each year.

However, over the past few decades, we have seen a significant rise in the annual loss rates of managed honeybees across the country. According to the Bee Informed Partnership Inc., which is a nationwide organization that surveys beekeepers, there is nearly a 40% winter loss rate for bee colonies in New York State.

Honeybee populations have largely been maintained because beekeepers have remained vigilant in replacing their dead colonies every year. However, these replacement percentages are not sustainable, and they point to a much larger problem. Not only are we seeing losses in honeybees, but there is also good evidence to suggest we are witnessing population declines in both wild bees and other native pollinators as well.”

Climate change and the impact on the bees’ habitats have considerably impacted the overall bee population. According to Environment America,

American bumblebees also play an important role in pollinating a range of crops and wildflowers. Along with the other bumblebees, honeybees, and solitary native bees, these pollinators are responsible for helping a tremendous number of plants reproduce across the continent — including many of the crops that humans rely on for food.

What should I do if I have bees around my house? 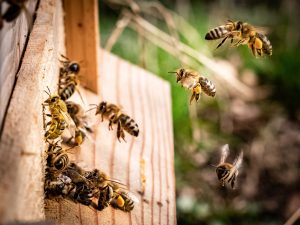 Please do not attempt to handle a hive yourself. Bees can become very territorial and aggressive if you agitate them or their nest or hive. Seek immediate medical attention if you are stung and unsure of the reaction you may experience from bee stings.

The bee population, in general, is declining in the U.S. at a rapid rate. At Accurate Pest Control, typically, we will not kill the honeybees and try our best to preserve them due to the colony collapse disorder currently facing these bees. We have joined forces with local beekeepers who will remove the hive, relocate, and save it. We will remove it from the structure to access the hive and repair the structure once the hive is removed.

Despite being a pest control service, we advocate preserving the pollinators such as honeybees or bumblebees. Contact us for a free inspection, and together we can find a solution to protect both you and your family as well as the bees. 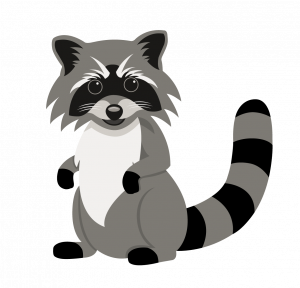